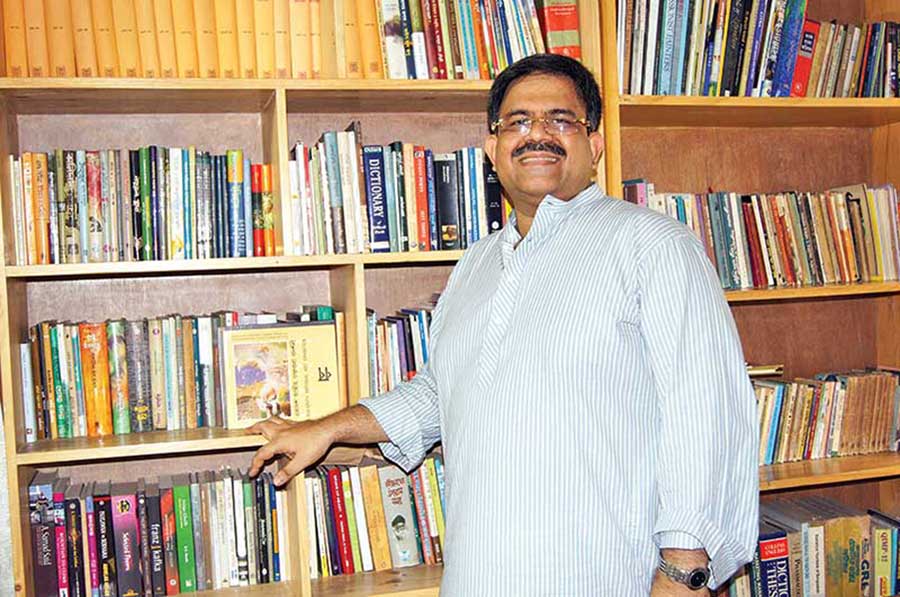 Aminur Rahman: the voice of truth, freedom and harmony

Aminur Rahman is one of the significant poets of the 80s in our country. The poet has tried to connect the poetry to the intellect, rather than immersing it wholly in feelings and sensations. Utterly a romantic poet, his poems articulate the intensity of feelings and adoration. His poetry is meditative and experimental. In his poems, a reader will discover a passionate poetic sensibility.

Aminur Rahman was born in Dhaka in 1966, and completed his Honours and Masters in Pharmacy at the University of Dhaka. The poet turned 52 on October 30.

Going through Aminur's poems, one must consider a world which encompassed a variety of sentiments, strong expressions and romantic articulation. Readers will here come by an opportunity to enjoy a romantic's view of the many different areas of life. Most of his poems are a rich blend of theme and technique, the richness enhanced by the poet's skill in using myriad pictorial imagery, descriptions and metaphors. All of them are serious in mood and deep and reflective in an exposition of aesthetic feelings.

Aminur is by nature a shy and reticent person. He is very innovative and original in thought in his poetry. He has sharpened our acuity, observation and exploration. Reading his poetry is like going on an emotional exploration. His poetry obsesses our mind and soul. One is quite clear about the fact that he is a modernist in the complete sense of the meaning. His style is unquestionably unique, individualised, expressive and easily understandable. In his poems, one feels the presence of a lonely soul, an underlying sorrow, a feeling of emptiness and an emotional expression of a melancholy heart.

Aminur Rahman is known for his attempts to connect the poetry to the intelligence rather than immersing it wholly in thoughts and sensibilities. Utterly a romantic poet, his poems express the intensity of feelings and adoration. The poet's major achievement lies in his weaving of a subtle irony through the intensity of emotion that quite overpowers him. The main elements in his poetry are solitude, love, yearning and inner vision.

Aminur has published six collections of poems in Bangla. His works have been translated in more than twenty-five languages and has poetry books in English, Spanish, German, Japanese, Mongolian and Arabic. He also has two prose books to his credit, while he has translated eight books of poetry and edited quite a few poetry magazines and books. As an invited author, he has read his works at various international arts and literary festivals, universities and cultural venues. He has represented Bangladesh at the poetry festival in Colombia, Malaysia, Mongolia, India, Iraq, Japan, Sri Lanka, Spain, Nicaragua etc. He was awarded Chinggish Khaan Gold Medal (2006) in Mongolia and CLA. Honour (2007) in Malaysia.